The biggest city that you will find along the banks of the Cumberland River is Nashville, TN. Famous for it’s country music scene, it has been voted one of the top riverside cities in America. There is always a lot to see and do in Nashville, but here are some activities and places to see specific to the Cumberland River.

This is a park, but also a venue for concerts. During the Country Music Awards week and on Thursdays during the summertime you can catch some great shows right along the river banks. It’s also a great place to have parties and games, or pick up some food from a local restaurant have a picnic on the banks. The Riverfront Park also has an ice skating rink and a popular carousel. It’s very close to the busy downtown area and all of it’s attractions and shopping.

There is a new park area being planned that would be 10 times the size of the existing park and include boardwalks, overlooks, fountains, spraygrounds, wetlands, piers, performance spaces, increased bikeways, plazas, new docking facilities, and open play space.

Visible from the Briley Parkway, this is the other pedestrian bridge that goes over the Cumberland River (the other one being near the downtown area). It can be a little bit tough to find, you need to take the water park exit off of the Briley Parkway, park at Two Rivers Park over by the skate park, and then take the path under the parkway. If you are walking please use caution as there are also lots of bike riders and according to reviews they are usually going through pretty quickly. There are great views of the river from the bridge, and you can continue on to the Shelby Bottoms Greenway. The nearby playground at Two River Park is great for the kids as well. 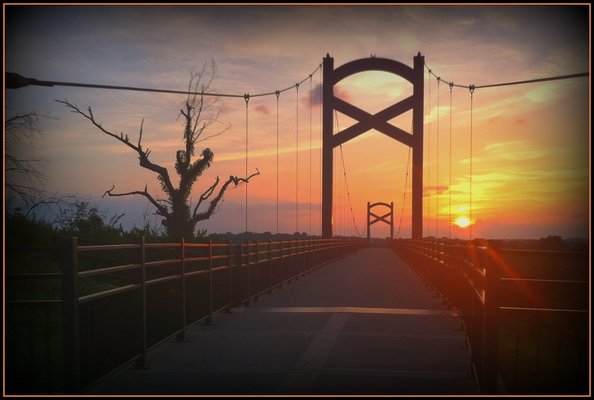